The Forming of Grand Bend

Grand Bend derived its name from a hairpin turn in the Ausable River, a short distance inland from Lake Huron where sand dunes blocked the river's outlet to the lake.

The "Grand Bend" of the Ausable River

Frequent flooding hampered farming in the region; never-the-less, a small milling community developed at the "Grand Bend" in the 1830's.

In response to a local petition, the township cut a new riverbed directly to the lake along an old portage route in 1892. This improved drainage in surrounding farmland and provided access to the Lake Huron fishery.

In subsequent years, the sand dunes attracted summer vacationers to Grand Bend and made the village a popular summer resort.

Past historian’s documented the Club’s beginnings including photographs in a white three-ring binder, titled, GBYC 50 Years, kept in the Clubhouse.

Associates paid $2.50 to join with no initiation levied. 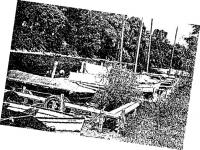 Records dated July 1960, indicated a Constitution and set of By Laws were in place, and the active membership increased to twenty-seven, associates numbered five, two prospective members were listed while retaining two honorary members. The executive agreed to retain an auditor, paying a $5 service fee. Commodore Cowen was elected for a second term. Also elected were: Vice Commodore: G Fiford, Hensall, Dr John Toogood, Secretary-Treasurer, London and Ralph Bailey, Sailing Master, Exeter, made up the four member board–terms of office were three years. 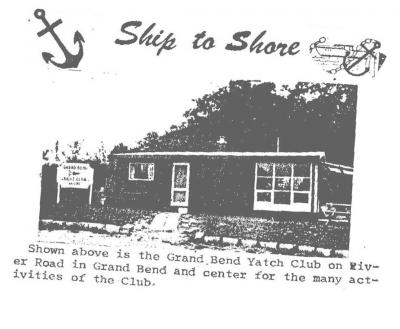 According to an article written by Ross Haugh dated March 26, 1963, in For All Good Sports, a clubhouse had been purchased from the Grand Bend Chamber of Commerce and assembled on the south side of the river in the fall of 1960.

Membership in 1963 had risen to $15/year in addition to the $10/ initiation fee. The club leased about 450’of shore moorings from the Village of Grand Bend and in turn rented spaces to members.

Not documented, but available were the dates of legal incorporation: November 22, 1976, with the Club being approved as an Ontario non-profit company, legally entitled to use the name Grand Bend Yacht Club. The Ontario Ministry of Companies assigned the club, corporation #338952. The reason for hiring the legal firm of Little, et al, London, at that time was to clear the way for future financial dealings by executive members wanting to negotiate river rights from the Village and build a seawall. 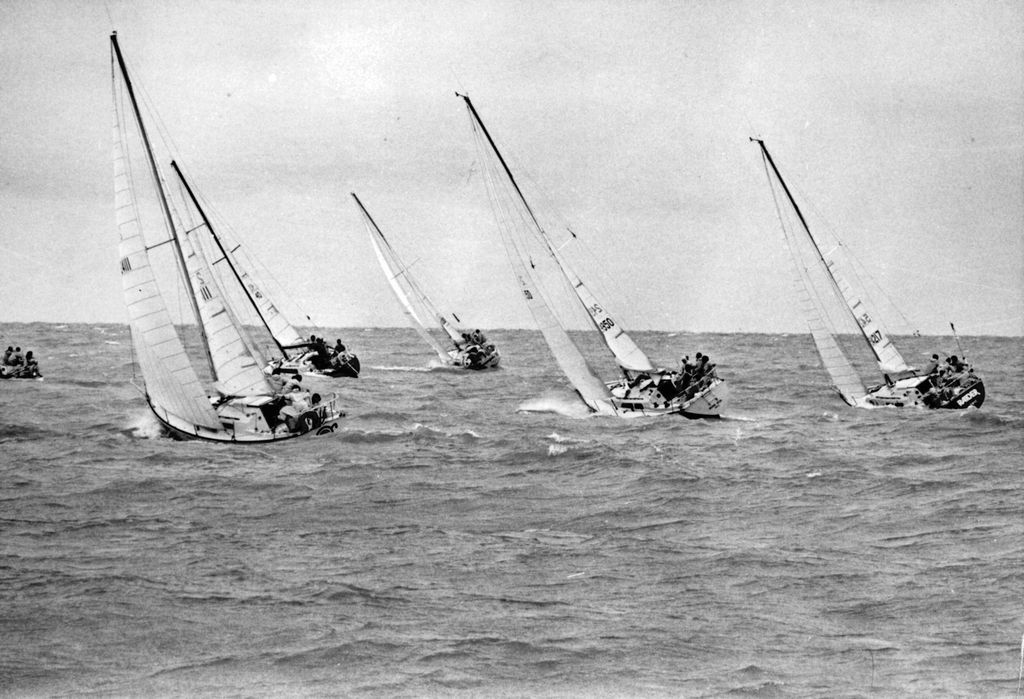 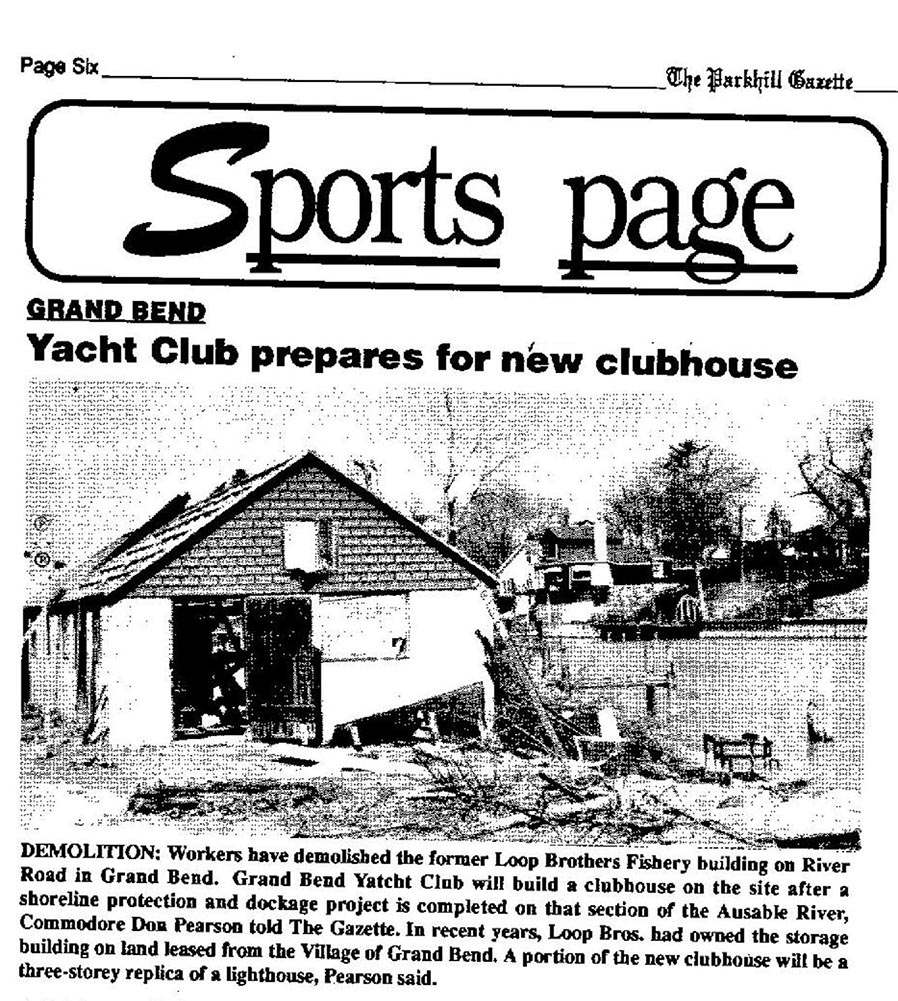 The erection of the present-day clubhouse didn’t take place until April of 1994. Loop Brothers Fishery building on River Road was demolished—they had leased the land from the Village of Grand Bend. Pictured to the left: Demolition of Loop Fisheries’ Building:

Commodore Don Pearson, interviewed in the Parkhill Gazette, mentioned that the Club would get 11 new slips and the village 12 additional dockage spaces. Loop Fisheries would be given yacht club space in the sailors’ off-season to tie up a fishing boat. The fishery building had confined its storage to ancient
fishing nets.

The project began with quarried stone Ausable River shoreline protection and dockage work on the 145’ of new frontage. Construction was to begin in May with occupancy by mid to late August. 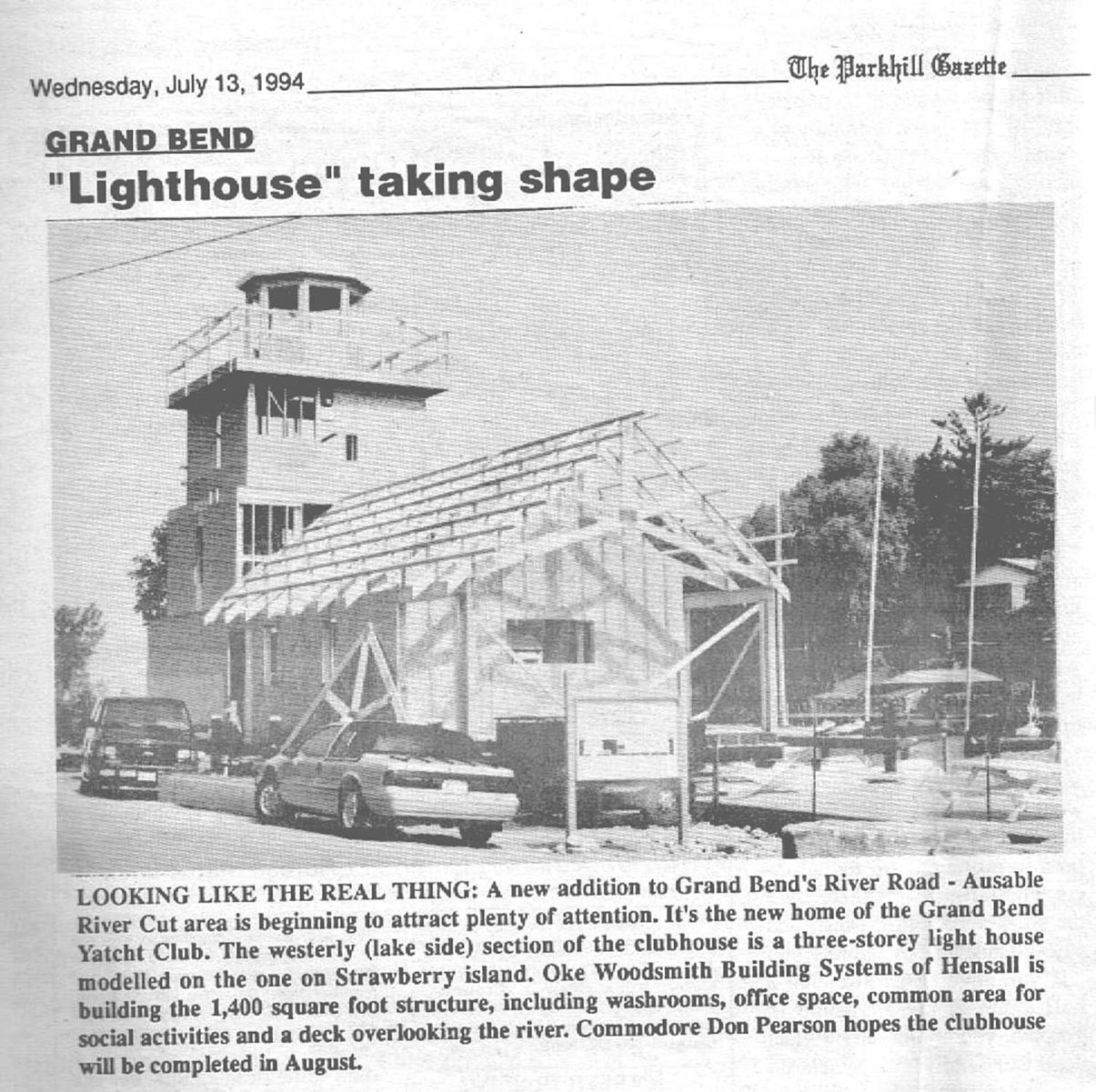